An infamous band once proclaimed “It’s a long way to the top if you wanna rock n’ roll.” Well lo and behold, those Aussie chaps were correct. Let RnRI help you shorten that climb to the top!

Can you play a couple guitar chords?

If so, you’re ready for camp! Show up with your instrument on Monday and by Friday night you’ll be playing on-stage in a well-oiled, powerhouse of a rock n’ roll band. Start a band Monday, play a show Friday, indeed!

The RnRI camp is a weeklong, daytime camp for musicians entering 6th to 12th grade. Musicians up to age 20 may register, but musicians age 19-20 must have attended one session of camp when they were 18 or younger. The typical camp day begins with a Master Class taught by some of the finest musicians and music educators from the Northern Illinois area. The rest of the camp day is dedicated to band practice with a band instructor. On average, we have a 4:1 student to staff ratio, which guarantees plenty of personalized assistance for our campers.

Together, we work hard throughout the week, and come Friday evening, we climb on the Sinnissippi Band Shell stage to perform for our friends and family! Not only that, our camp provides optional performance opportunities for our campers throughout the community, throughout the summer. And the best part is, SCHOLARSHIPS ARE AVAILABLE!

One week registration is $399, or register for both weeks at the discounted rate of $748.

Lunch is included with registration!

With our concert Friday night at the Sinnissippi Band Shell – 6pm

With our concert Friday night at the Sinnissippi Band Shell – 6pm

The Rock and Roll Institute is a 501c3 non-profit organization whose mission is to use Rock and Roll music as a vehicle to educate and inspire musical youth to forge their own musical path. Our camp is located on the beautiful Keith Country Day School campus, located at 1 Jacoby Place in Rockford, IL.

Email us to purchase!

Since the beginning of RnRI, our staff has included some of the finest musicians from the Northern Illinois/Southern Wisconsin area. Our instructors have many years experience being active in the local arts community as performers, songwriters, private music teachers, band coaches, music producers, and teachers – both in the regional school districts and at the college level. Along with their extensive musical experience, many hold one, or more college level degrees in music, education, or both. The RnRI staff love working with the next generation of musicians, and are proud to be a part of this camp, and our thriving music community! 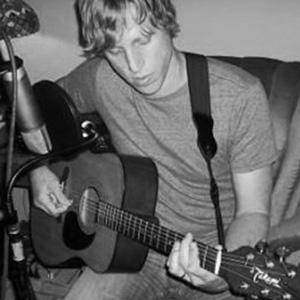 Kevin has been playing guitar and singing in bands for over two decades. He developed his musical style in bands such as La Historia, The Braves, Haunted Hayrides, and Table and Chairs. He holds a master’s degree in education and is employed as a high school English teacher. 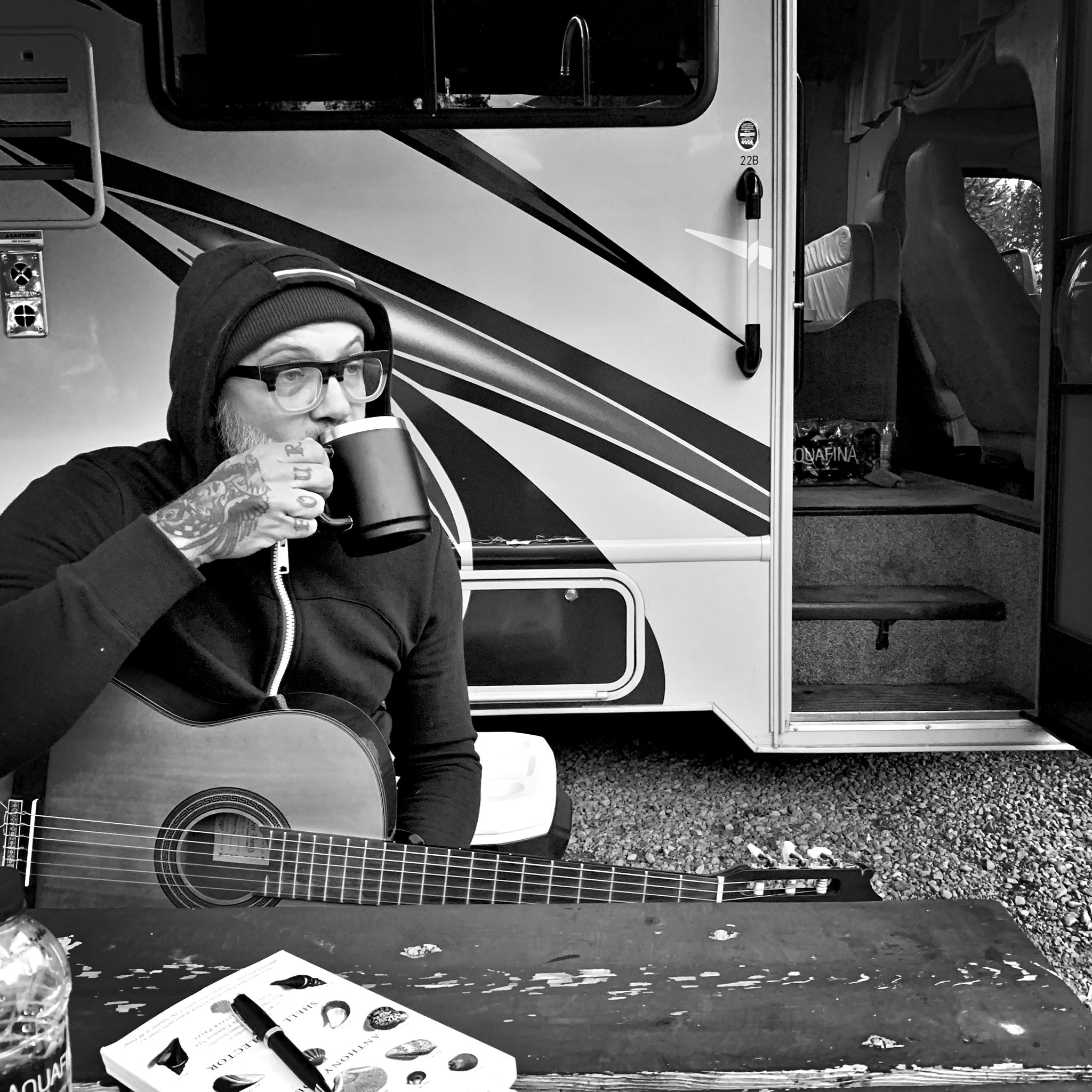 Stuart is the founding member of the Rock & Roll Institute. He has taught private lessons (guitar/bass guitar/theory/songwriting) since 1998 and has been a performer and songwriter since 1987. He has played in The Pimps, The Sons of Many Bitches, and now spends most of his days traveling or hanging out with his cats, Elmer and Wison.

His philosophy on being a musician: “Music gives back exactly what you put into it. I love what I do so I’ve never worked a day in my life. All the good songs are 3 chords and the truth, and man are those hard to find.”

He’s usually in sweatpants with a guitar in his hand, working on some musical conundrum.

You can reach Stuart at pancakejohnson@me.com. 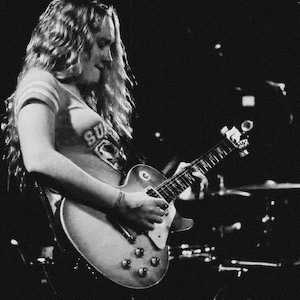 Jessica Dobson has been a musician since she got her first guitar after watching the 2001 smash hit “Josie and the Pussycats”. Jessica attended the Rock and Roll Institute the first year she was old enough to participate and never missed a camp week thereafter (Thanks Mom, Dad, and Grandma)!

She performed in various basement punk rock bands throughout high school and college, and was most recently in a party punk band called High School Pizza. Her musical influences are far and wide, most notably Johnny Cash, Three Dog Night, and above all, The Runaways.

Jessica spends her days as a Kindergarten teacher and is currently pursuing a Master’s degree. She is ecstatic to return to the Rock and Roll Institute as a teacher, following the footsteps of her musical mentors, and reliving, once again, the best summers of her life! 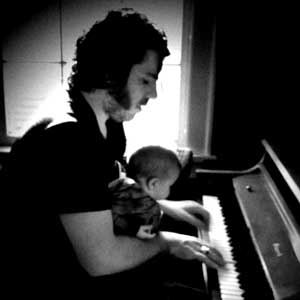 Micky is a multi-instrumental producer / composer / performer who has collaborated and toured with many artists throughout the country. Micky owns Underground Squirrel Studio, a music production studio based in Rockford, IL, where he teaches private music lessons and records/produces music of various genres.

Along with helping other musical artists and students find their musical voice, Micky can also be found writing and performing under the stage name, Micky Torpedo. Micky creates everything from instrumental, ambient musical compositions to rowdy rock and roll with bands like Go Go Torpedo, Evil Zenith, and many others.

Formerly an adjunct professor of music and audio engineering for Rock Valley College, Micky has given many presentations on songwriting and audio engineering at Rock Valley College, Rockford University, and Keith Country Day School, to name a few. He holds A.A and B.A. degrees in music and is a graduate from the Northern Illinois University Music Program.

Micky can be reached at undergroundsquirrelstudio@gmail.com. 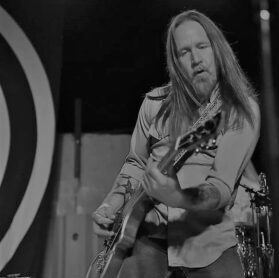 Michael “Hilly” Hillenburg has been playing since he was 17 years old. A true music man, he is currently in The Pimps, Son’s of Many Bitches, and Hilly Jones.

Hilly loves to teach and get involved with music and the kids. His passion is instilling positive energy in the young musicians he works with to help them work with others, as well as themselves. He loves to have a sense of humor when instructing and strives to create a relaxed environment. Hilly is praised for his calm presence, his “teddy bear” nature, and his overwhelming patience with new guitarists. 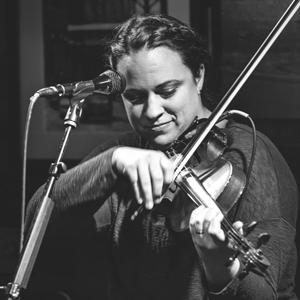 Heather has been singing and playing music (violin, guitar, bass, piano) for most of her life. She currently performs as half of the Folk/Americana duo, The Lone Canary. Heather teaches private music lessons part-time and works as an office manager for a local small business. Teaching at Rock and Roll Institute quickly became a summertime favorite for her, encompassing her passion for both music and youth. 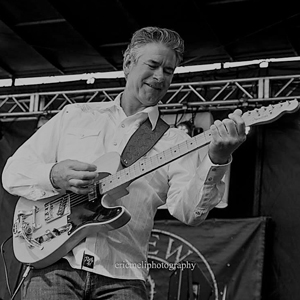 Rob Bradley has been playing guitar in area bands since the late 70’s. Some highlights include Agent, Puppet, Robin Banks, and the Fresh Hot Fritters. His current band is Nauti-Nauti, a Yacht Rock band that brings down the house! Rob enjoys playing everything from roots rock, country, rock, and everything in between.

Rob says that being part of the Institute and helping to inspire young musicians has been a very rewarding experience. In his free time, he enjoys building and modifying amplifiers and pedals (a passion that he has had for decades). Rob also works on guitars and he frequently helps out at camp by making sure the technical things don’t get in the way of making music. He is a treasure-trove of technical knowledge that we are lucky to have! 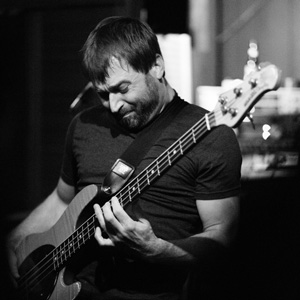 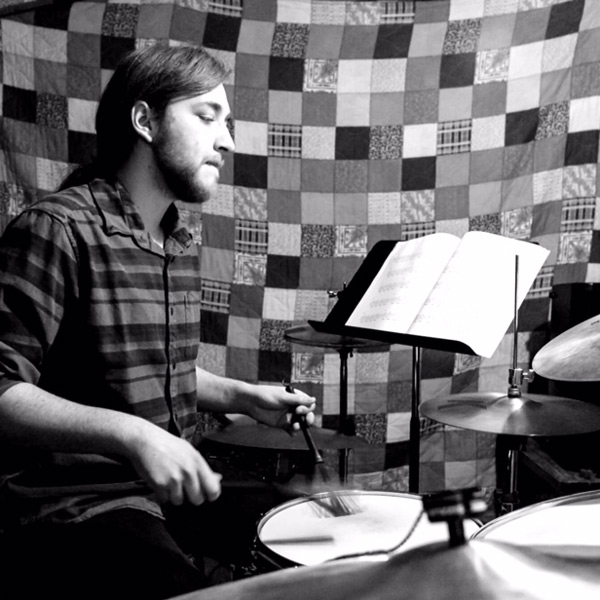 Zachary is both a proud graduate of the Rock and Roll Institute and Elmhurst College. Zachary holds a B.A. in Music from Elmhurst, where he studied jazz drums and music business. Over the years, he has performed with several acts around Rockford and Chicago, including; Bloom, Poppy Mallows, and Nat. Zachary was a long time student of our rock n’ roll camp, and now has returned to be our head drum instructor. How cool is that??? 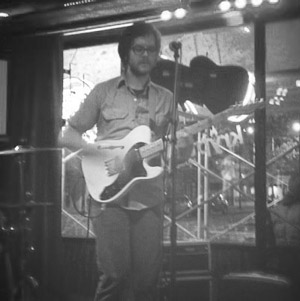 Chris is a multi-instrumentalist, actively playing music for the last 20+ years. He currently performs with his bands, Furlight and Purple Hell. After 2 years of working as a percussionist with the Beloit-Janesville Symphony Orchestra, Chris worked at Paradise Guitars in Beloit, WI as a guitar/drums instructor and sales associate for 11 years. He currently holds a bachelor’s degree in elementary education and has spent the last 5 years teaching general education in Huntley, IL.

We’re able to do what we do because of these people! 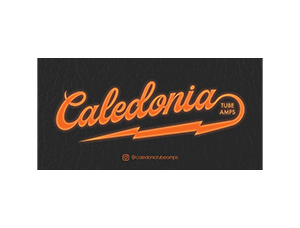 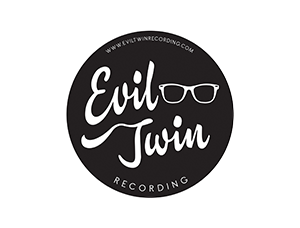 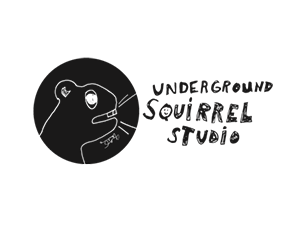 Rock and Roll Institute does not and shall not discriminate on the basis of race, color, religion (creed), gender, gender expression, age, national origin (ancestry), disability, marital status, sexual orientation, or military status, in any of its activities or operations. These activities include, but are not limited to, hiring and firing of staff, selection of volunteers and vendors, and provision of services. We are committed to providing an inclusive and welcoming environment for all members of our staff, clients, volunteers, subcontractors, vendors, and clients.


Rock and Roll Institute is an equal opportunity employer. We will not discriminate and will take affirmative action measures to ensure against discrimination in employment, recruitment, advertisements for employment, compensation, termination, upgrading, promotions, and other conditions of employment against any employee or job applicant on the bases of race, color, gender, national origin, age, religion, creed, disability, veteran's status, sexual orientation, gender identity or gender expression.